"Not on my watch, motherfucker."
―Deadpool[src]

Deadpool: No Good Deed is a 2017 superhero comedy short film based on the character Deadpool. Directed by David Leitch, it was released on March 3, 2017, paired with the release of Logan. An alternate extended version was released by Ryan Reynolds the following day, with minor alterations to certain scenes in comparison to the original theatrical cut.

Wade Wilson is taking a walk when he witnesses an old man being mugged. He runs to a nearby phone booth to change into his Deadpool costume, but it takes too long and is unable to save the old man from being shot. He looks back on the fact it would have been easier to call 911 and uses the old man's body as a pillow to rest. 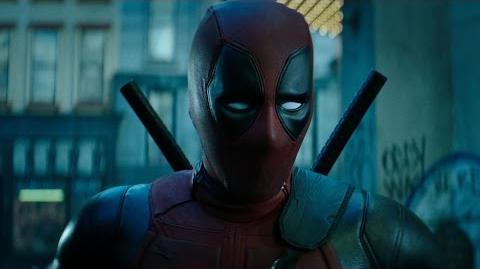 No Good Deed
Add a photo to this gallery

Retrieved from "https://xmenmovies.fandom.com/wiki/Deadpool:_No_Good_Deed?oldid=95186"
Community content is available under CC-BY-SA unless otherwise noted.