Margali Szardos is the proprietor of the Szardos Traveling Circus. She is also the mother of Amanda Sefton and the foster mother of Kurt Wagner.

Margali, following Kurt's impromptu stunts in a circus act, chastises his actions before bandaging him.

Later that evening, Margali returns to her trailer and finds Amanda making out with Werner, another performer who had comforted her daughter following the botched circus act. She asks her about Kurt's whereabouts, to which Amanda did not know. Unknown to both women, Kurt was in the process of being abducted by William Stryker and his forces.

After a while, Margali begins to worry about Kurt. As her fears grow, Amanda does everything she can to comfort her mother.

At one point, Margali addresses her discomfort about Amanda's fling with Werner, feeling that she should be with Kurt, who is in love with Amanda. This pushes Amanda to reevaluate her outlook on Kurt, causing her to worry about him and miss him just as much as her mother. 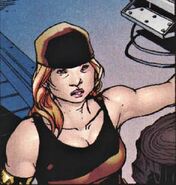 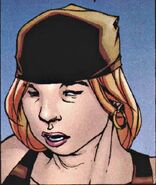 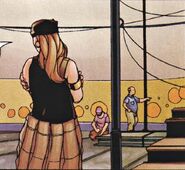 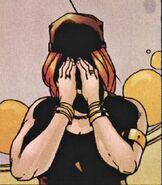 Add a photo to this gallery
Retrieved from "https://xmenmovies.fandom.com/wiki/Margali_Szardos?oldid=73808"
Community content is available under CC-BY-SA unless otherwise noted.