The Mutant Inhibitor Collar was an anti-mutant device created by Trask Industries.

Using the principles of the MDD, Trask’s applied physicists and geneticists went on to develop the X-Gene Inhibitor Collar, a Trask-proprietary containment measure. The fitted device can be worn by individuals exhibiting pathological mutant gene expression and can be used to control dangerous impulses or actions.

In 2004, following Kurt Wagner's capture and imprisonment at Alkali Lake for Weapon X experimentation, William Stryker ordered than an inhibitor collar be placed on Wagner to prevent him from utilizing his mutant powers for escape or resistance.

The inhibitor collar used on Wagner was remote-operated, and caused him great pain whenever he attempted to use his power of teleportation.

The collar was removed once Wagner was subdued via the mind control serum.

Prior to X-Men: Days of Future Past

In 2009, Trask Industries introduces the mutant inhibitor collar on a larger scale. Specifically, the collar is introduced to prevent escapes from Camp X-Ray, the mutant detention camp located at Guantanamo Bay, Cuba.

However, as anti-mutant efforts intensify and more mutants are apprehended and imprisoned, inhibitor collars are introduced on a mass-scale. All mutants that were imprisoned in detention camps were required to wear the collar. 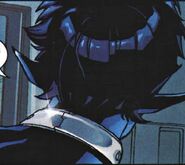 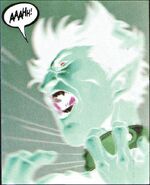 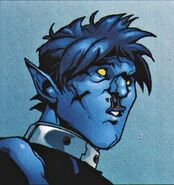 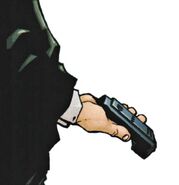 The back of the collar
Add a photo to this gallery

Add a photo to this gallery
Retrieved from "https://xmenmovies.fandom.com/wiki/Mutant_Inhibitor_Collar?oldid=95605"
Community content is available under CC-BY-SA unless otherwise noted.