Start a Wiki
watch 01:55
The Wolverine - Official Trailer
Do you like this video?

"What kind of monster are you?"
"The Wolverine."
―Shingen Yashida and Logan[src]

The Wolverine is the second film of the Wolverine trilogy and the sixth installment in the X-Men film series overall. Directed by James Mangold, the film is a sequel to X-Men: The Last Stand and stars Hugh Jackman, reprising the role of Wolverine, living in isolation after killing Jean Grey and his subsequent trip to Japan, where he encounters a figure from his past.

The film was released in international markets on July 24, 2013 and in the United States on July 26, 2013 to generally positive reviews. An unrated, extended cut known as "Unleashed Extended Edition" was later released on home media on December 3, 2013.

Based on the celebrated comic book, this epic action adventure takes Wolverine, the most iconic character of the X-Men universe, to modern day Japan. Out of his depth in an unknown world he faces unexpected and deadly foes in a life or death battle that will leave him forever changed. Vulnerable for the first time and pushed to his physical and emotional limits, he confronts not only lethal samurai steel but also his inner struggle against his own immortality, emerging more powerful than we have ever seen him before.[1]

Seven years after killing Jean Grey and leaving the X-Men, Logan retreats to the Canadian wilderness to live as a hermit. He is tormented by the memory of having to kill Jean, the woman that he loves; and also by the Nagasaki bombing in 1945, during which he saves the life of Ichirō Yashida. After getting into a fight with men at a bar, Yukio tracks his whereabouts and takes him to see the older man who Wolverine saved, Yashida.

Wolverine meets Yashida who is wanting to return the favor and take his immortality away from him and give it to himself who is dying of cancer. Wolverine refuses and meets Shingen Yashida and Mariko Yashida who he saved the life of after an attempt of suicide. That night when Logan dreamed of Jean, Viper injected a robotic parasite into him body affecting his healing ability. The next morning, Logan attends the funeral of Yashida where he saves Mariko from Yakuza assassins with the help of Kenuichio Harada who is a skilled archer and former love interest of Mariko who still loves her. While in battle, Logan gets shot multiple times and finds he is not healing as quickly as before.

Getting Mariko to safety, Logan follows Mariko onto a bullet train where he encounters Yakuza assassins and kills them before they go to hide in a local motel. Logan stands guard in the rain while Mariko sleeps and passes out from injuries after having a hallucination of Jean.

Logan awakens to find Mariko getting the motel owner's grandson to stitch him up who is a veterinarian. Viper and Harada meet and after demonstrating her powers in him, he is told to find Logan and Mariko.

Logan and Mariko then hide in Yashida's house down south and as they start to fall for each other, Logan reveals moments from his past such as the war and Jean. Yukio then has a vision of Logan dying with blood everywhere and his heart in his hand not beating. She goes to warn him but is too late as Mariko is captured by the Yakuza who is revealed to be hired by Mariko's fiance and the corrupt Chief of Justice Noburo Mori who reveals that Shingen had hired the kidnapping.

Mariko is taken to her father Shingen at Yashida Corporation's headquarters and reveals that her grandfather Yashida, had left her the empire and prepares to kill her. Kenuichio comes to save her with the ninja Black Clan and Viper who poisons Shingen. They then take Mariko to a research center based where Yashida was born.

Logan and Yukio arrive at Yashida Corporation where Wolverine finds the parasite on his heart, similar to the one of Yashida's. He then starts to extract it where Shingen enters with Yukio defending Logan. Logan dies clinically in the process but has his healing ability back and revives killing Shingen. Yukio and Logan then follow Harada and Viper to the research center to find Mariko where Logan is attacked and captured by Harada and the ninja clan.

Logan is then placed in a machine created by Viper where she reveals the plans of extracting his immortality and reveals her associate, the Silver Samurai who has an adamantium sword who can charge it up to increase the cutting power with is able to cut through Wolverine's claws. Mariko talks to Harada and escapes. She manages to direct the machine Logan is in into the Silver Samurai's sword strike, breaking it and freeing him. Harada sees the error of his ways and helps Wolverine and Yukio, but is killed by the Silver Samurai. Yukio arrives and kills Viper by hanging her while Logan fights the Silver Samurai who cuts his adamantium claws and extracts his immortality revealing it to be Yashida. Mariko then stabs him as Wolverine's bone claws start to grow back. Yashida takes a final stab from Wolverine and falls to his death. After passing out, Logan has one more hallucination of Jean and moves on from her death.

Mariko becomes the CEO of Yashida Corporation and says goodbye to Wolverine, hoping to see him again. Wolverine gets on the plane with Yukio who reminds him that she is his bodyguard and they depart.

In the post-credits scene. Wolverine is at an airport two years later where he sees Trask Industries advertised on T.V. for their advances in the field of robotics and is confronted by Magneto (whose powers are back), and reveals that a new enemy threatens to exterminate the mutant population. While Logan questions why he should trust him, Professor X comes in to reassure him. Logan questions how Xavier is alive, and Xavier reminds him that he is not the only one with gifts. 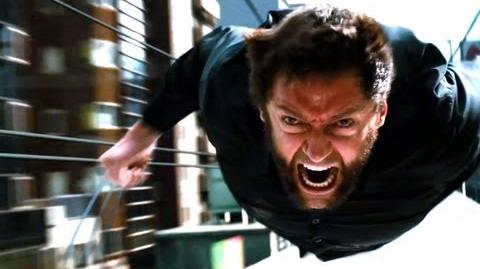 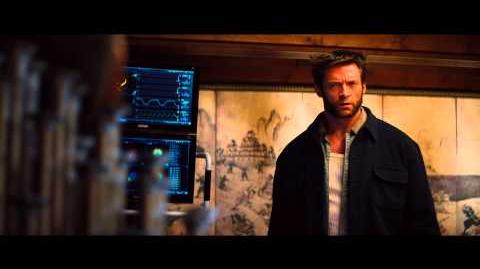 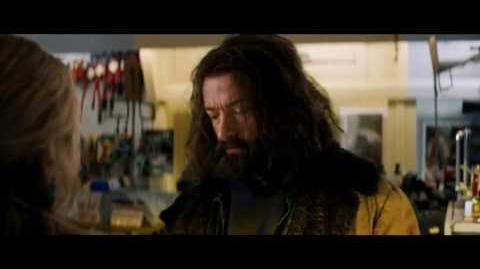 Retrieved from "https://xmenmovies.fandom.com/wiki/The_Wolverine?oldid=95963"
Community content is available under CC-BY-SA unless otherwise noted.