In 1971, Victor Creed and James Howlett fought in the Vietnam War in a primary combat role. In one instance, Victor was operating a mounted gun on the side of a helicopter, firing at the below, whilst Logan attempted to stop him, moving the chopper away from the area.

Once the chopper landed in a Vietnamese village, Victor got out and attempted to kill a young Vietnamese girl. A sergeant tried to stop Victor, who lashed out and killed him. Logan quickly came to defend his brother, unsheathing his bone claws as the two stood back to back against the American G.Is raising their guns at them.

In 1973, Major William Stryker returns to Saigon, in order to appropriate a group of mutant GIs (consisting of Havok, Toad, Ink) for research conducted by Trask Industries. An American Colonel approached Stryker, asking on whose authority was he taking the soldiers, demanding that they be brought home immediately. Stryker questioned the Colonel's authority, prompting Mystique to revert to her true form. She dispatched Stryker and the guards with the help of the GIs, and led them to a plane to be taken back to America.

Stryker recovered from his injuries wielding a gun, and headed out to the runway, intent on stopping the mutant GIs from leaving. However, the plane took off and Stryker stood watching it. 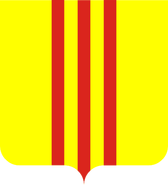 Retrieved from "https://xmenmovies.fandom.com/wiki/Vietnam?oldid=78578"
Community content is available under CC-BY-SA unless otherwise noted.