"We're still G-Men. Just without the "G"."
"No. You're your own team now. It's better. You're X-Men."
―Professor X and Moira MacTaggert[src]

X-Men: First Class is the fifth installment in the X-Men film series. Directed by Matthew Vaughn, the film serves as a prequel set during the Cuban Missile Crisis of 1962, starring James McAvoy and Michael Fassbender as the younger versions of Charles Xavier and Erik Lehnsherr, showing how they first met and why the X-Men team was formed.

Released worldwide on June 3, 2011, the film received positive critical and audience reviews for the acting, writing, directing, action and score, and is cited to be the film that revived the franchise from its slump. The film is also notable for being the only film in the franchise unaffected in its entirety by the timeline changes caused in the sequel.

Set in the era before Professor Charles Xavier and Erik Lehnsherr became mortal enemies as Professor X and Magneto, respectively, director Matthew Vaughn's X-Men: First Class follows the two former allies as they lead a powerful team of mutants on a mission to save the planet from nuclear annihilation.

Charles and Erik were just young men when it began to appear as if the world was careening toward destruction. As the Doomsday Clock ticks faster toward midnight, the time comes to take action. Realizing they could use their unique powers to avert a global thermonuclear war during the Bay of Pigs crisis, the two powerful mutants launch an intense recruitment campaign with the support of Dr. Moira MacTaggert and the CIA. Before long, Charles and Erik have assembled a crack team that includes Mystique, Banshee, Beast, Angel, Havok, and Darwin. Meanwhile, the malevolent Sebastian Shaw plots to plunge the world into war with the help of villainous mutants Riptide, Azazel, and Emma Frost. In the process of saving humanity, however, Charles and Erik clash, setting the stage for Professor X to lead the X-Men in the fight for good as Magneto and the Brotherhood spread chaos and destruction on a global scale.[1]

﻿At a German concentration camp in occupied Poland during 1944, young Erik Lehnsherr is separated from his parents by Nazi guards. The child's desperate mind remarkably bends a metal gate until a guard knocks Lehnsherr unconscious (the same footage that's in the first X-Men movie). Scientist Sebastian Shaw, who has observed this through a window, calls Lehnsherr up to see him. While making a friendly chat, he places a metal coin on a desk, he orders Lehnsherr to use his magnetism power to move it. When Lehnsherr cannot, despite his best efforts, Shaw shoots and kills Lehnsherr's mother in front of him. In his rage, Lehnsherr's out-of-control magnetic power kills the two guards and destroys two rooms, to Shaw's delight.

Around this same time, in Westchester County, New York, a young Charles Xavier meets a young, shape-shifting girl named Raven in his family's mansion, disguised as his mother, who is looking through the fridge for food. Xavier accuses his "mother" of being an impostor, and asks what it has done with his real mother, as she would not make him a sandwich or hot chocolate, at which point, Mystique shifts back to her normal, blue-skinned form. Overjoyed to meet someone else "different" like him, he says she can come live with his family.

In Switzerland in the movie's present-day of 1962, Lehnsherr forces a banker (by ripping out one of the metal fillings in his mouth) to trace a bar of Nazi gold to Shaw's address in Argentina. In a tavern there patronized by former German soldiers, Lehnsherr kills three men as he learns that Shaw has a yacht in Florida. Meanwhile, in England, Oxford University graduate Xavier is publishing his thesis on mutation; his foster sister Raven, a waitress, lives with him. Simultaneously in Las Vegas, Nevada, CIA agent Moira MacTaggart follows U.S. Army Colonel Hendry into the Hellfire Club, where she sees Shaw, Emma Frost, Riptide and Azazel. After Shaw threatens Hendry, Azazel disappears with the officer; moments later he is in the War Room, advocating that U.S. install nuclear missiles in Turkey.

Shaw meets with Colonel Hendry on his yacht, and refuses to give Hendry his money, at which point Hendry pulls out a grenade and threatens to pull the pin, but Shaw takes the grenade and pulls the pin himself, and absorbs the blast (at which point we now learn that Shaw is a mutant, and absorbs energy, which also keeps him young), then taps Hendry, expelling the grenade's energy into the Colonel, blowing him up.

MacTaggart seeks Xavier's advice on mutation, and takes Xavier and Raven to the CIA to convince the chief that Shaw is a threat. After convincing them that mutants exist they are to be taken to a covert facility, but first Xavier tracks down Shaw. Lehnsherr attacks Shaw, and when Shaw escapes in his submarine Lehnsherr tries to stop him, but Xavier stops him so that he does not drown. Lehnsherr joins Xavier and Raven at the CIA facility, where they meet Hank McCoy, another mutant that Xavier accidentally outs. McCoy and Xavier use a prototype Cerebro to locate mutants and recruit several of them to train to stop Shaw. Upon the recruiting process, we also see Xavier and Lehnsherr walk up to Logan (Wolverine) in a bar and introduce themselves. Logan swears at them, and they walk off.

Shaw plans to meet with a Russian general, but sends Frost instead, who is then captured by Xavier and Lehnsherr. The facility is attacked by Azazel, Riptide and Shaw, with all the guards being killed. Shaw recruits Angel and kills Darwin by forcing him to ingest a massive amount of energy. When Lehnsherr and Xavier return they begin to train the mutants, though Raven is conflicted about hiding her natural form.

President Kennedy institutes a blockade. Shaw travels with the Russian fleet to ensure that the missiles get to Cuba. Xavier, MacTaggart and Lehnsherr fly to the blockade to stop the fleets from engaging. Shaw uses a nuclear core to charge himself up and a helmet to block Xavier's telepathy. While Azazel kills the crew of the Russian missile ship, Xavier uses his powers to make a Russian ship destroy the missile ship before it crosses the line.

Lehnsherr pulls Shaw's submarine from the water, but an attack forces the jet and submarine to crash. Lehnsherr finds Shaw and removes his helmet and Xavier takes control of Shaw. Lehnsherr puts on the helmet, then kills him by slowly forcing the coin that Shaw taunted him with through his brain.

The two fleets fire their missiles at the mutants, but Lehnsherr, now fully in control of his abilities, holds the missiles in the air, then turns them on the fleet. In the ensuing fight Xavier manages to distract Lehnsherr, but when MacTaggart fires at Lehnsherr he deflects the bullets, with one paralyzing Xavier. Enraged of his friend's paralyzation, Lehnsherr attempts to strangle MacTaggart using his abilities but Xavier convinces him to stop.

Lehnsherr takes Raven, Angel Salvadore, Riptide and Azazel and says a goodbye farewell to Xavier before he leaves. Xavier, now confined to a wheelchair for the rest of his life, and the mutants return to the mansion, where he will open a school. Moira is caring for him, and she promises never to tell the location of the school, but Xavier does not find her to be reliable so he erases her memory while kissing her. Lehnsherr breaks Frost out of the CIA headquarters, and in his new uniform he tells Frost to call him Magneto. 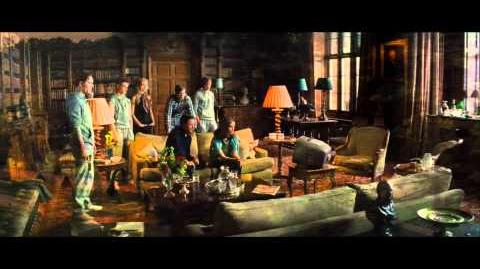 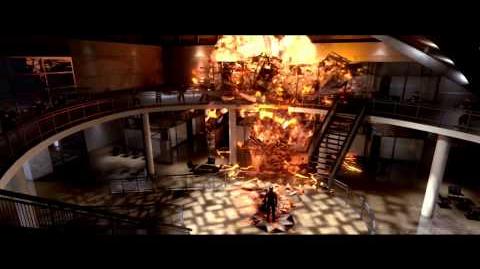 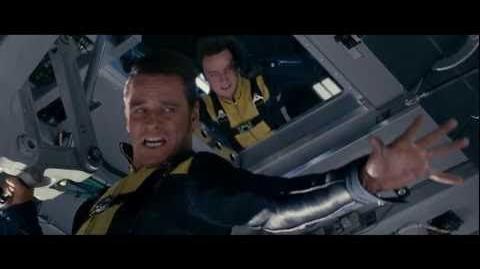 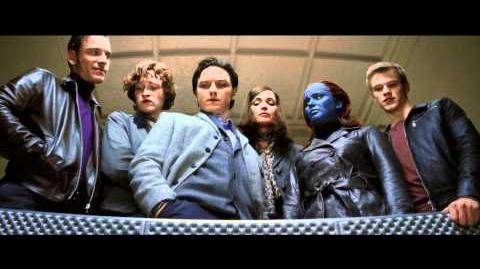 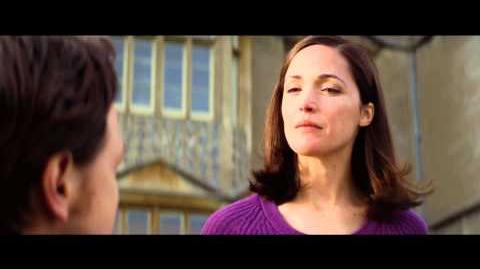 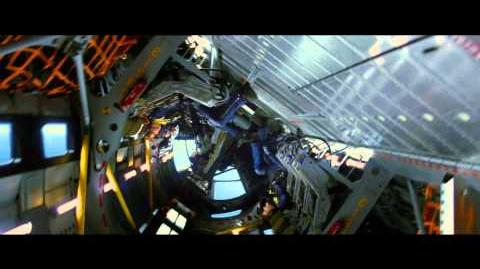 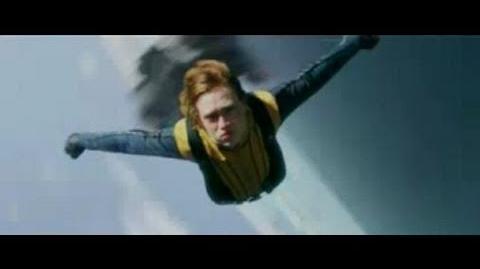 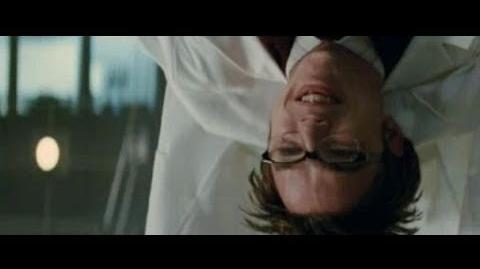 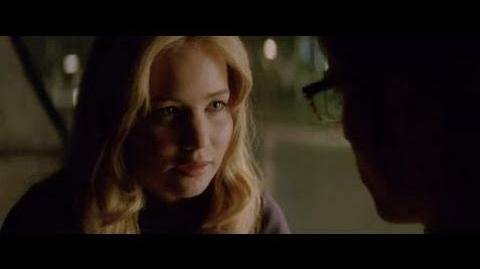 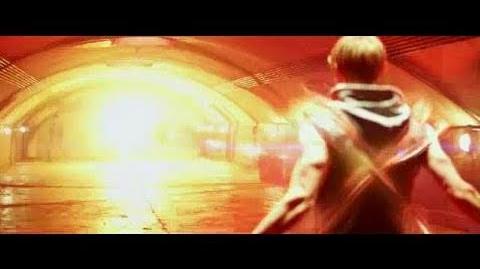 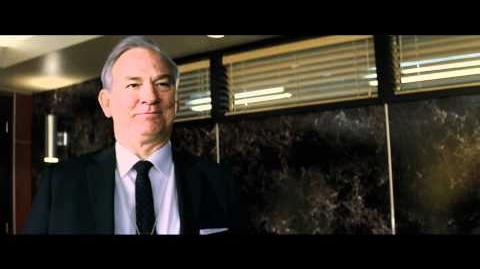 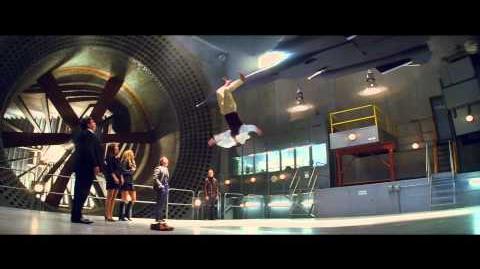 "You Can Show Off" - X-Men First Class 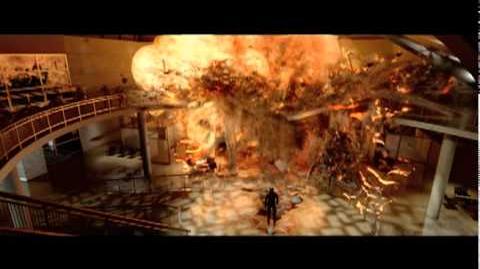 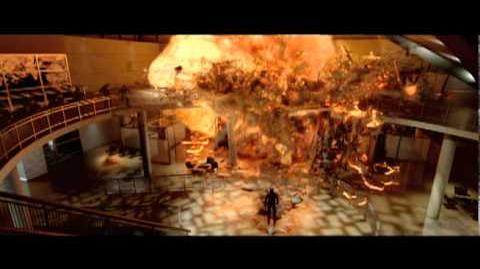 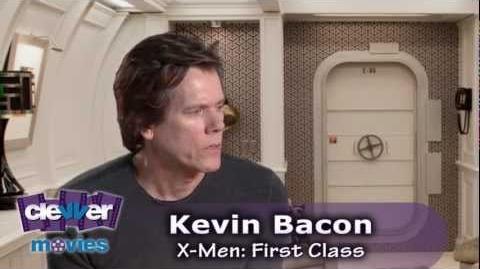 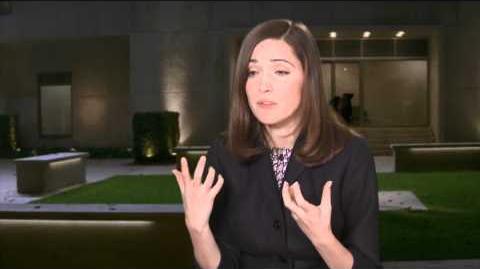 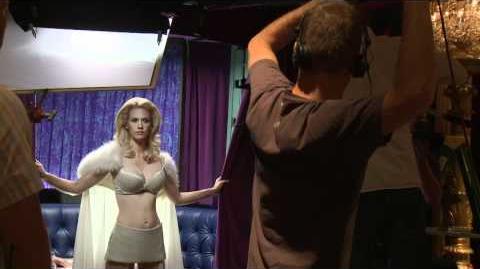 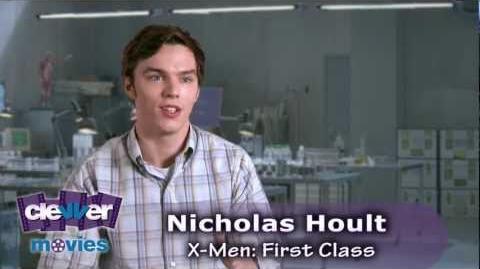 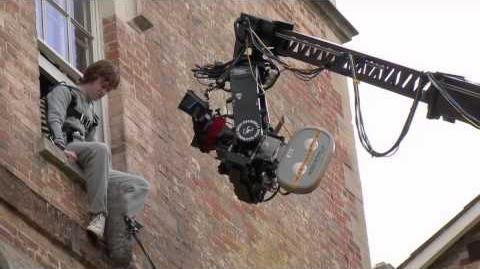 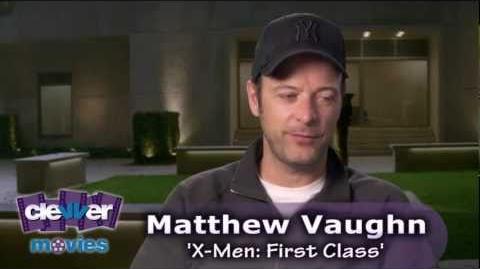 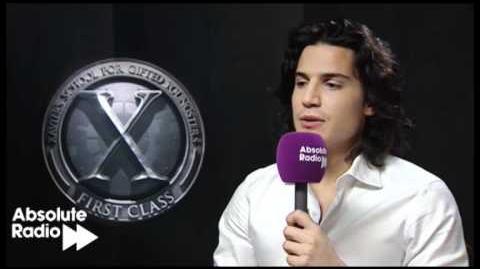