The Yashida Corporation is a technology company founded and owned by Ichirō Yashida. After his death, Yashida gave the company over to his granddaughter, Mariko Yashida, as articulated in his will. Initially, Mariko didn't want the gift Yashida would bring her, but ended up becoming the CEO of the company after his death.

After the end of World War II, Ichirō Yashida founded the Yashida Corporation in order to revive Japan's economic and industrial sector and lead it on the road to recovery. Yashida Industries became a powerhouse as one of the premier zaibatsu of the region, and the family business became one of Japan's largest enterprises by revolutionising Japan's medical technology. When Ichirō grew older, he made his son Shingen Yashida Chairman, as a test of his resolve in guiding the company.

At the same time, Ichirō took numerous liberties with the company's finances and began aggressively stockpiling adamantium reserves at his laboratory in Northern Japan, and hid the immense cost of this venture and finding doctors when he became sick from the board of directors and the stockholders, leaving his son to deal with the fallout. Ichirō constructed a suit made out of pure adamantium to act as a life support system for him in the event of his death.

In 2013, Ichirō realised his death was imminent and ordered his foster granddaughter Yukio to scour the world and find Logan, because he knew that his son Shingen would attempt to wrest control of Yashida Corporation and assassinate Mariko after Ichirō dictated in his will that she would take control of the company instead of him.

After the deaths of Shingen and Ichirō, Mariko took control over Yashida Corporation and became its Chairman. 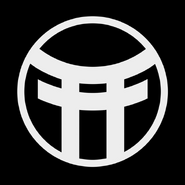 Add a photo to this gallery
Retrieved from "https://xmenmovies.fandom.com/wiki/Yashida_Corporation?oldid=68784"
Community content is available under CC-BY-SA unless otherwise noted.